Join 559 other subscribers
Follow Eyes of Owls on WordPress.com 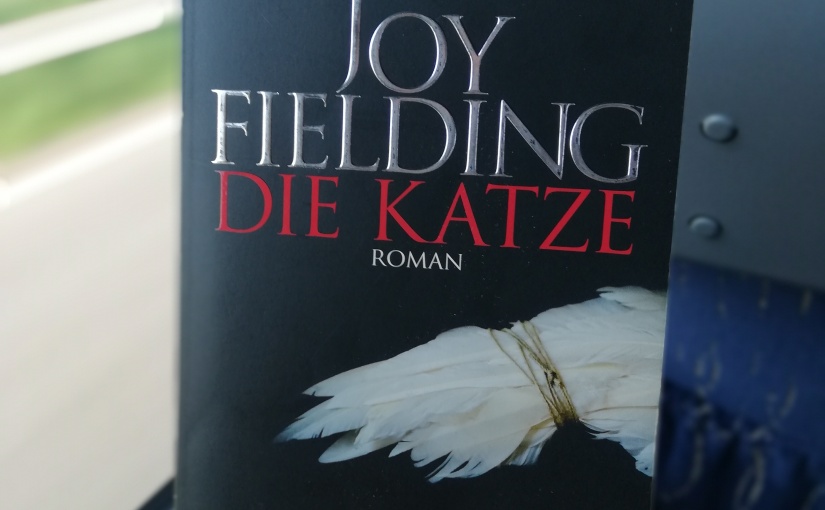 Charley’s Web is the second book I have ever read by Joy Fielding. So far, it has also been the last. I don’t even know why as I have enjoyed both Charley’s Web and Still Life. Charley’s Web follows Charley Webb, a columnist for a newspaper in Florida. The name of the book is a wordplay on the children’s book Charlotte’s Web and obviously also works with Charley’s last name.

The book starts with Charley receiving a threatening email at work, while she is used to getting hate mail, this one is more personal and really freaks her out as it mentions her children as well. Charley has two kids, a daughter named Frannie and a son named James. Her kids have different dads and Charley didn’t have long relationships with any of them.

On the same day as the threatening email, she receives a letter from Jill Rohmer, a convicted children’s murderer. Jill wants Charley to write her story and Charley ultimately decides to do this. She starts visiting Jill in jail and also interviews Jill’s family and acquaintances. Alex Prescott, Jill’s attorney, helps her with this.

The one thing that fascinates me most about the book is that it is really slow paced and most of it depicts Charley’s research on Jill and finding out what truly happened to those poor children and if Jill had an accomplice like she claims. Jill’s story is particularly gruesome and I would actually feel bad for her, if she weren’t such a sociopath. As a child Jill was molested by her older brother and father, who was also physically abusive as well. While I do believe Jill about the abuse in her past, sometimes you get the feeling that she isn’t telling the whole story or will leave out things that wouldn’t paint her in the most innocent light.

Her meetings with Charley are basically a fight of who is in control in the room: Jill or Charley? Jill can be very sweet and manipulative, but fortunately Charley sees through her most of the times. There are only a few things that Charley falls for that really drive the  narrative that Jill and her accomplice had planned for Charley. I won’t give away the ending and who Jill’s Jack (that’s how Jill calls him) is. Just know, I didn’t see it coming, but it makes perfect sense and ties so many things together in the end. And honestly, I was so glad, when Jill’s wrong narrative turned out to be a lie. Jack is even worse than Jill and is the mind behind their murders.

While Jack and Jill’s story is the main drive of the story, I love that you get to know Charley and her family quite well. I really liked getting to know her little brother Bram, who is a drug addict, and her mother Elizabeth, who left her children when they were little.These little scenes about family life, especially patch-work life with Franny and James’ dads and their new families, help even the book out. Otherwise it would have been too heavy for me.

As I said before the pace of the book is quite slow and it is only the ending that is rather action packed. While I liked the general pace of the book, I thought the ending was pretty abrupt. I had hoped for something more, I suppose. I did like the ending, don’t get me wrong, but it was so quick and then everything got neatly wrapped up in the final chapter.

So, all in all, I can only recommend Charley’s Web. The thriller was never boring or felt slow, even though the pace was. The book talks about heavy topics though, so be warned that child molestation, child abuse and child murder are discussed. Have you read Charley’s Web? What did you think about the book? I would love to hear your thoughts in the comments.