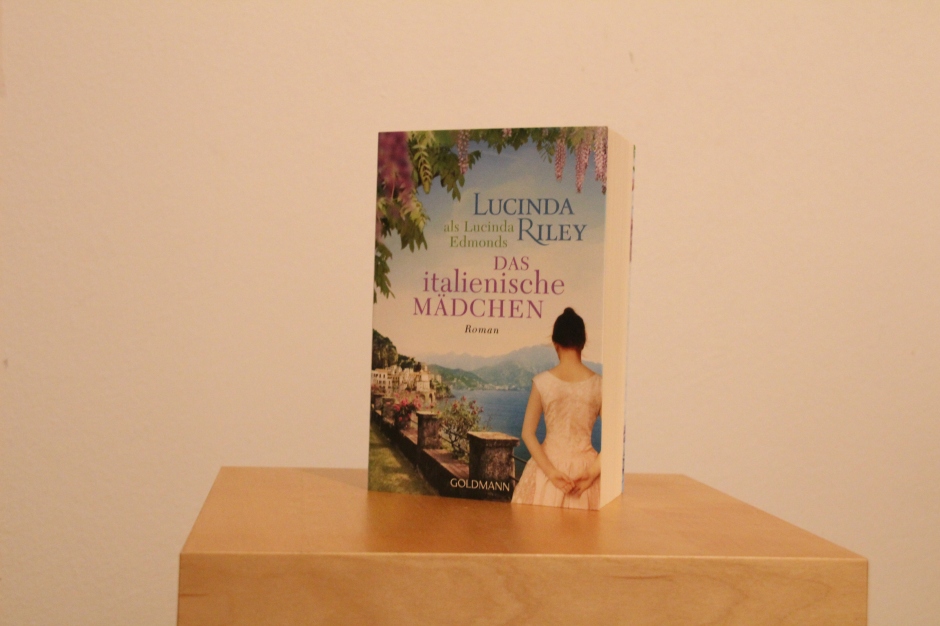 Remember when I told you in my review for Helena’s Secret that I had never read a bad book written by Lucinda Riley but still had two more to read until I have read her entire bibliography? Well, I have found one I didn’t like.

The thing about the book that, for most parts, left my confused was that it was not badly written at all. Sure, it was not Rileys best work. However, given that she wrote it back in the 90s and it had been published then under the name Aria, I could understand that her writing style has only improved since. It was still a page turner for me. The only reason it took me nearly a month to finish it was just that it fell right into my Harry Potter re-read and that had priority over anything else for me.

My first problems with the book started when none of the characters had me invested in their life and journey trough out the book. At first Rosanna, one of the two main characters and one half of the love story, was interesting. It was only when she, for her supposedly great love Roberto, stopped caring for anything and anyone but him, that I lost interest in her too. In the last few chapters her niece and Roberto’s  daughter Ella was really the only character I cared for. Even her sweet brother Luca or his star-crossed love interest Abi weren’t that interesting.

To be honest, their love story was a million times better than the one of Rosanna and Roberto. It was just the obstacle of him wanting to be a priest that I did not like that much. The real problem with the book for me was the abusive relationship between Rosanna and Roberto. I have since read reviews about The Italian Girl on Goodreads and can, for the life of me, not understand why anyone would consider that a great love story. Maybe I never had a love like this before and can therefore not understand it but from where I am standing this was an emotionally abusive relationship and nothing else.

When Rosanna was with Roberto, whom she loved since she was eleven years old, they only got together when she was 21 though, she would do anything he wanted her to do. He dictated her career – they are both opera singers – he even made her abandon her family as he could no longer visit Italy due to an affair with a married woman. When she finally left him after about two thirds of the book I hoped it would stick. She even got together with a really nice man called Stephen. Her love – or obsession, I should rather say – for Roberto got the better of her and she took him back.

This was the first time when I wanted to throw the book against the wall, something I never wanted to do in my life. I could somehow understand that she would take his cheating ass back- pardon my French. I would never do that myself but to each their own. What I could not understand – and will never be able to understand – is how she could take him back after he did not care for their infant son during their break-up. His excuse, of course, was that he could not stand being separated after a couple of hours of visiting time. I didn’t buy it tough. I just think that he could not be bothered. After all, she left him, the big opera star. Why should he care about his son with her?

I could go on and on about this topic as it gets me so mad. Instead I will tell you about the second time I wanted to throw the book against the wall. I sense a pattern her, do you? A few weeks after Rosanna took Roberto back and shortly after her sister and Ella’s mother died, she goes and visits him in Vienna leaving her two year old son with her 15 year old niece. Shortly after she arrives in Vienna she calls Ella and hears that her son is sick. Her husband hears this too, doesn’t give a f–k and makes sure that no call gets through to his room anymore. It was only when Luca, her brother, who came at the right time, informs her that her son is in the hospital that she comes back. Roberto on the other hand stays, even though he had time off. But honestly, who could be bothered with their sick kid?

It is only after a fight with Luca, where he voices all the concerns I had too, and the fact her son is now almost deaf that Rosanna can see what her obsession with Roberto has caused. And what a horrible person she became because of it. Honestly, it would have been a hallelujah moment had this whole thing not been treated as the biggest love story ever. Even Rosanna says so in her letters to her son that she writes after Roberto dies.

I am trying to find a way to give this little rant a good finish. I don’t seem to find one though so I am just gonna leave it at that. I would be very interested if you have ever read The Italian Girl and whether you liked it or not. Please tell me in the comments.